Alcorn recently sat down with CBN. Craig von Buseck : What inspired you to write this book? I know that you've gone through some major issues financially. Were a lot of the principles learned through that? Randy Alcorn : Certainly some of them were. The principle of God's ownership was something that I had written about in my book Money, Possessions, and Eternity , which came out in But I really came to experience the reality of it through a lawsuit from abortion clinics back when I was involved in the peaceful, non-violent, civil disobedience rescues that a lot of pastors were involved in.

But Oregon is an extremely liberal climate -- we're the physician-assisted suicide state, and all that. So they decided to really crack down on us. Instead of doing what they've always done with civil rights protests or environmental protests they have people chain themselves to trees -- which is a slap on the hand, and at most go to jail for a night -- we went to jail and then we had civil suits trying to get our assets and our money to pay a judgement to an abortion clinic, though we had done no physical damage to the clinic.

As one of the abortion clinic attorneys said to the judge, "My clients have every bit as much right to perform an abortion as McDonalds has to sell hamburgers. So they came to my church. I had been a pastor for thirteen years. Another pastor and myself had started it in , and this was now They came to garnish my wages, and they were going to take a quarter of my income each month.

So I told the judge, "I'll pay anything I owe. I'm very much a believer in financial integrity. One thing I won't do is write out a check to an abortion clinic because they're going to use it to kill children, and that would be wrong. I wasn't defiant in my attitude, but I was refusing to comply with what they were telling me to do, which I thought was morally wrong. 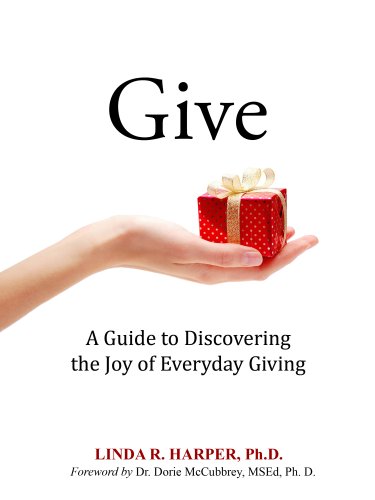 Once they came to get what the church owed me, which is the nature of garnishment, the church paid me up to the day what they owed me for that particular time of the month, and I resigned. That seemed to be the only option at the time, and in retrospect it really was. It was kind of a Genesis 50 situation, where Joseph said to his brothers, "You intended it for evil, but God intended it for good, and for saving lives. We started this ministry where we deal with missions, and pro-life issues, and all kinds of things.

But one of the distinctives of that situation was that I couldn't make more than minimum wage, because if I did then it would be garnished. I couldn't own a house, a car, anything, because if I did they could take it. And so my wife became the legal owner of our house, which was already paid off, and any other assets that we have.


So I haven't been able to write a check for twelve years. I haven't been able to have my name on anything. I don't mean that we're destitute -- we're not. I make minimum wage, but my wife is able to make a regular salary. And our house is paid off, so we do fine. But it really hit home, the reality of God's ownership and me being a steward.

It's probably easier for me to conceive of not owning anything than it is for most people because of this experience. But it's such a freeing experience, because what's happened is the royalties that come in for my books all go to our ministry. Then our ministry keeps ten percent for our overhead, and then gives away the other ninety percent to other ministries -- missions, prison ministries, pro-life organizations -- some good kingdom causes.

Interestingly, not too long after the ministry started owning all my royalties, all of a sudden the books started hitting the best seller's list. We wondered what was going on, and we came to the conclusion that God was raising money for His kingdom. Randy Alcorn : The Treasure Principle is, you can't take it with you, but you can send it on ahead. And that has to do with what Jesus said in Matthew But store up for yourselves treasures in heaven, where moth and rust do not destroy, and where thieves do not break in and steal.

For where your treasure is, there your heart will be also" Matthew So the idea is that everybody knows, you can't take it with you. I tell the story of John D. When he died his accountant was asked by a newspaper reporter, "How much money did John D. Riches fly away. We will soon be parted from our riches. Either our riches will be destroyed, or we will be destroyed. But of course our lives don't end, we go somewhere else.

We relocate. So the idea is, we relocate at death, why don't we relocate our treasures from earth to heaven before death?

One of the things I really emphasize in The Treasure Principle is that giving is often encouraged out of a sense of responsibility and duty and guilt. And I don't dismiss those, it is a responsibility. But it is also a privilege and a joy. Now if Jesus said it is more blessed to give than to receive then we have to believe that.

But do we life as if we believe it? We seem to be more on the receiving end. One of the analogies I make is that we're God's Fed Ex guys or girls. The Fed Ex guy comes to the door and you give him a package, and you assume that he's gonna take it and the company is going to get it to where it's supposed to go.

Well what would you think if you found out that the Fed Ex guy just took your package home, opens it, and keeps it? You'd say, "Wait a minute, something is wrong. We have lost the notion -- and probably most of us have never had the notion, though it is a very biblical one -- of what Second Corinthians 8 says. Speaking in the context of giving and financial matters, it says, "You will be made rich in every way so that" and then it's going to finish the sentence. So I say to people, "How would you finish the sentence?

Would you say, "so that you can drive the best car, live in the nicest homes, and prove that God really takes care of His children? What it says is, "You will be made rich in every way so that you may be generous on every occasion. I can go to Starbucks, and I've got a tennis racket -- I'm not talking about the world's standards of depriving yourself.

I'm talking about a life, by American standards, that is modest, in control, and that does not say that the latest product I hear advertised I must go out and have it.

Instead, what God has provided I will take, and then I'll invest in His kingdom. Craig von Buseck : You use some examples in the book. Can you give us some stories of people that have inspired you, or that you have learned from? Randy Alcorn : Historically, John Wesley is a great example. Here's a guy that made a lot of money on book royalties. His books were widely distributed.

He was one of the most prolific authors of his day. He had a lot of wealth coming in. He said, "When money comes into my hands I give it away, because if I hold onto it, it will get too close to my heart.